Peter Kater in Concert at Unity of Sarasota 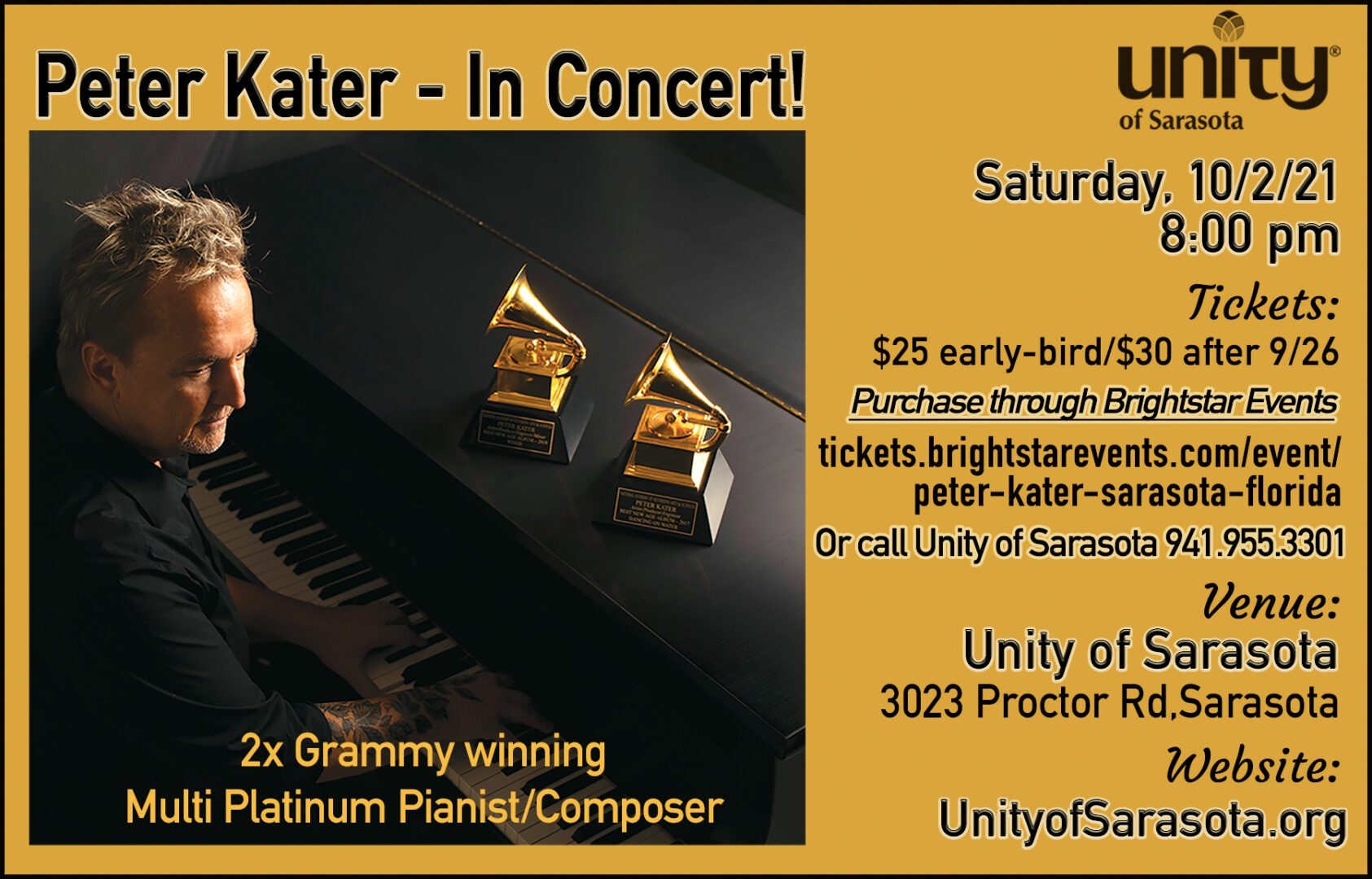 Unity of Sarasota is pleased to present Peter Kater in concert October 2nd at 8pm in our newly renovated Sanctuary.  This 2-time Grammy Winning/Multi-Platinum Pianist/Composer has been an innovator of contemporary instrumental music for over three decades.

He’s received many awards and accolades for his rich and diverse music including 14 Grammy Award nominations and two Grammy wins. Peter has released over 70 critically acclaimed recordings and has scored the music for over 100 television and film productions, and for 11 On and Off-Broadway plays. From solo piano and contemporary jazz ensembles to full orchestral works his cross-genre music is heard all over the world from the Olympics to Carnegie Hall. He’s collaborated with musicians such as Native American flutist R. Carlos Nakai, Sting guitarist Dominic Miller, and Sacred Chantress Snatam Kaur. As an avid environmentalist and humanitarian Peter has received the Environment Leadership Award from the United Nations.

Join us for an evening of transformative music in this beautifully renovated venue.

Purchase Tickets thru Brightstar: Early Bird $25 and $30 after September 26